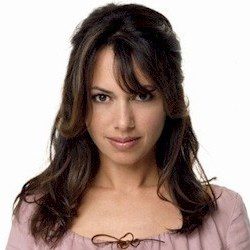 Susanna Hoffs is a founding member of The Bangles along with Vicki and Debbi Peterson. The Bangles are venerable pop icons creating hit after hit with Manic Monday, Walk Like an Egyptian, and Eternal Flame. As a solo artist she has contributed to films such as Austin Powers, Buffy the Vampire Slayer, and Now and Then. Her most recent musical venture is with Matthew Sweet as Sid n Susie.

Paul F. Tompkins once again welcomes the wonderful real people of Los Angeles AND the internet to a LIVE episode of Spontaneanation, recorded at the world-famous Largo at The Coronet! This week, Paul's special guest is singer-songwriter Susanna Hoffs of The Bangles! They chat about her…

Sarah and Susan start off by discussing the sounds of whales singing at a spa and James Dickey’s “The Leap” as they share their Cry of the Week. Then, singer extraordinaire Susanna Hoffs joins Sarah and Susan to talk about fainting couches,…

It's been 16 years since she's released a solo album, Susanna Hoffs of the Bangles sits down to chat on this week's Shortwave. Susanna shares her writing process, explains how Keith Richard's audiobook inspired her throughout the making of the record, and…