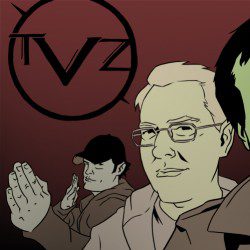 Television Zombies is a podcast dedicated to covering the best sci-fi and fantasy shows on television. Hosts Jeff, Chris, and Chuck (plus the occasional special guest) give reviews of their favorite shows, discuss current events in television and comic books, and talk to cool people from the industry like James Urbaniak of Venture Bros and George R.R. Martin of Game of Thrones. If you like Dr. Who or Walking Dead, you can’t afford to miss this show!

Today is day two of the Earwolf Challenge and it’s time to meet some more contestants. First off we have Ham Radio which features Brett Hamil writing, performing and editing sketches all by himself. Next we get a look inside the married…