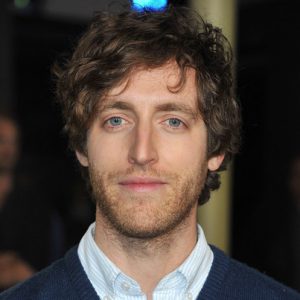 Thomas Middleditch is a hilarious comedian with awesomely hilarious characters and a pretty great Canadian accent. He’s done iO, Second City, Upright Citizens Brigade, you know, the usual. He performs in Diamond Lion, the musical improv show that everyone seems to be talking about. You’ve probably seen him in almost every commercial of late, but if you haven’t watched his myriad of hilarious web videos yet, you have a job for the next few hours!

Jason Mantzoukas and Scott bro out and dive deep into Jason’s past memories. Then, Thomas Middleditch stops by to talk about Young Sheldon, his new CBS show B Positive, and playing games on his Twitch channel (https://www.twitch.tv/middleditch). Plus, lawyer Gino Carpuzzi drops…

Thomas Middleditch and Ben Schwartz join Scott to talk about their new long-form improv Netflix specials “Middleditch and Schwartz,” recommend some videos you should watch, and guess abstract quotes from real movies. Then, seaman Captain Littlemember and his first mate Squawks stop…

Thomas Middleditch joins Scott and intern Gino Lambardo to talk at length about the final episode of Silicon Valley, the pilot episode of Growing Pains, and what’s next for Thomas’ career. Then, businessman Chauncey Pippins stops by to talk about starting an…

THOMAS MIDDLEDITCH returns to make a big movie with The Boys. This episode is sponsored by CBS The Good Fight (www.cbs.com/HANDBOOK), hims (www.forhims.com/HANDBOOK), Quip (www.getquip.com/THEBOYS), and Away (www.awaytravel.com/BOYS20 code: BOYS20).

Actors, comedians, and improvisers Thomas Middleditch and Ben Schwartz feel both sizzlin’ and curious about being Conan O’Brien’s friends. Thomas and Ben sit down with Conan this week to talk about their two-man improvised show (plus Conan’s own improv history), playing off…

Old friend Jason Mantzoukas (How Did This Get Made?, The Long Dumb Road) joins Scott once again to talk about pets, making their own Hamilton, and pizza pants. Then, 17-year-old Kaitlin stops by to talk about her YouTube channel. This episode is…

Comedian, writer, friend of the show and so much more David Wain joins Scott to make a magical announcement on this week’s Comedy Bang! Bang! David teams up with Thomas Middleditch to share sound effect records, recap David’s lawsuits, and to help…

Actor, comedian and SNL alum Horatio Sanz joins Scott to talk about what hats he wears and why they’re so popular. Plus, they’re joined by entrepreneur Lyle Cummings to discuss the difference between sherbert and ice cream, and middle school superintendent Peppers…

Is That A Joke?

Thomas Middleditch and Ben Schwartz aka Middleditch and Schwartz join Scott to talk about wanting standing ovations for their upcoming live tour, their dream SNL casts, and whether they would shave their head for a role. Later, professional hooker Leonard Stooltap arrives…

Ben Schwartz aka the Elegant Mr. S and Thomas Middleditch aka star of Silicon Valley join Scott this week to make up a rap that is surely to become a number one hit! They also play To Tell The Truth as we…

Jason "Hey Nong" Mantzoukas and Thomas "Middle-earth" Middleditch are back on Comedy Bang! Bang! Jason, Thomas, and Scott talk Smash Mouth, a risqué story overheard at the gym, virtual reality gaming, and Montell Jordan. Plus, an amateur barrister by the name of…

Justin Trudeau Has A Tattoo

JJ and Murphy O’Malaman, the Kid Detectives themselves are back with a whole new case they need to solve on this week's Comedy Bang! Bang! With the help of Scott, they're gonna do their darndest to solve the case of the missing…

New friend Thomas Middleditch returns this week to join our heroes as they depart from the desert and head West atop of Andrew the Magic Carpet!

Not Before I Get A Rubbing!

New special guest friend Thomas Middleditch joins the gang to play the role of Winter! When we last left our heroes, they were in the middle of knocking giants off of giant birds in the desert and now they are left with…

Lauren Lapkus and Thomas Middleditch go way back to their days of performing together in Chicago and now they’re back at it again on a new Comedy Bing Bong! We’ll hear if Lauren will be playing a dinosaur in Jurassic World, the…

Recorded LIVE from RIOT LA is another edition of Talking with Tommy! Thomas Middleditch welcomes renaissance woman Barbara Preen to talk coats, cat hunting, and dramatic relationships with some Hollywood celebrities. They also play a round of the crowd favorite game “I’d…

Sean and Hayes discuss the holidays in L.A. with a new version of a classic segment: "You're Doing It Wrong: By Ho Ho Hove I Think Eggnog It". Then, TV star THOMAS MIDDLEDITCH is in the studio to talk about Mike Judge, the…

Silicon Valley's Thomas Middleditch stops by the studio to spend some quality time on this week's Sklarbro Country. Tune in to hear the Sklars recap throwing out the first pitch in St. Louis, Thomas talk about working with Martin Scorsese, and all…

No Bueno From Tip To Taint

Flight simulator enthusiast & Silicon Valley star Thomas Middleditch learns all about Stolen Summah on this week’s WHO CHARTED! Thomas shares his thoughts on Pop songs, what he’s worked on as an amateur furnitureman, and we’re introduced to Baby Metal as we…

Talented comedy and improv actor, THOMAS MIDDLEDITCH joins us as one of only a few guests to make a repeat appearance and for good reason - he keeps us laughing through discussion of dick size, relationships, and oh yeah, whether or not…