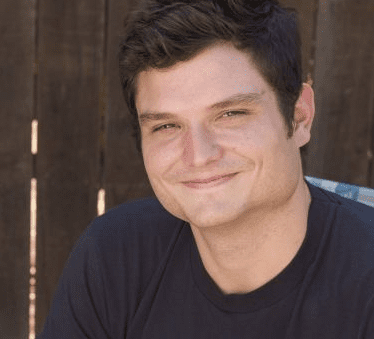 Tim Kalpakis is an American comedy writer. His writing credits include The Birthday Boys, Between Two Ferns with Zach Galifianakis, Comedy Bang! Bang!, the 2009 MTV Movie Awards with Andy Samberg, the 2010 MTV Movie Awards with Aziz Ansari, and Ham Hat.  He is a founding member of the Los Angeles sketch group The Birthday Boys. Tim is a graduate of Ithaca College.  He has been performing at UCBTLA since 2006 and has taught writing at the UCB Training Center since 2010.  He has appeared on Conan and at the Montreal “Just for Laughs” Festival, The LA Comedy Festival, UCB’s Ultimate Comedy Bash,  and Sketchfests in New York, Chicago, San Francisco, and Seattle.

Andy Samberg of Brooklyn Nine-Nine and Saturday Night Live fame is back to talk to Scott about his movie Palm Springs including working with J.K. Simmons and how Cristin Milioti was cast. The Sloppy Boys (Mike Hanford, Tim Kalpakis, Jefferson Dutton) play songs off their new album “Paradiso.” Plus, newcomer to LA, Barry Sams stops by to anonymously air grievances about his neighbors and singer-songwriter John Lennon returns to talk about his volunteer work.

603 — Fastidious Makeover with The Sloppy Boys

The Sloppy Boys (Mike Hanford, Tim Kalpakis, Jefferson Dutton) join Scott to talk about Ghostbusters, touring with Don’t Stop or We’ll Die, and to perform songs live in-studio off their new album “Dancing on the Wind.” Then, musician John Lennon stops by to give us an update on the New York Mets wanting him to join their team. Plus, lifestyle expert Mr. Fastidious stops by to share some tips to be fastidious.

The Sloppy Boys (Mike Hanford, Tim Kalpakis, Jefferson Dutton) joins Scott and intern Gino Lambardo to talk about how they decided to start a band, the incident that changed them from doing covers to original songs, and to perform songs live in-studio off their debut album “Lifelong Vacation.” Then, author Devin O’Shea stops by to read excerpts from his book about his alien encounter in 1983.

This episode is brought to you by Mission to Zyxx, Keeps (www.keeps.com/BANGBANG), Hello Fresh (www.hellofresh.com/bangbang30), and Black Tux (www.blacktux.com/BANGBANG).

Every 3 or 4 years or so, Scott’s old political parody singing group will get back together for a reunion. Rhea Butcher of Seeso’s Take My Wife joins Scott as today’s co-host as they welcome back Bob, Tim, Dave, Mike, and Eban on the keys for the powerful return of The Washington Monugents. Expect some good ol’ classics, new instant classics, and everything in between that will poke fun at Washington, D.C. in ways that everyone can appreciate.

This episode is brought to you by Leesa.com, and Original Grain.

411 — The Phony Marony Show with The Thermals

The wonderful Portland band The Thermals make their Comedy Bang! Bang! debut! They join Scott and John Lennon to talk about meeting for the first time at a Grateful Dead show, what happened with John not appearing at the Super Bowl, and the meaning behind their new album “We Disappear.” Later, Tony B., a representative of the Italian American Anti-Defamation League stops by to share a list of grievances against the Italian American community. Plus, The Thermals perform a couple of their songs live in the studio!

It’s February 29th and you know what TIME that is! It’s TIME for Maxwell Keeper aka The Time Keeper to join Scott once again on a very special Leap Year Celebration episode of Comedy Bang! Bang! The Time Keeper brings along The Sun Dialer, The Clock Facer, The Watch Maker, The Old Timer, and The Time Master, members of the secret society “The Timeys” for a Bacchanal that you shan’t forget. Tick tock! Tick tock!