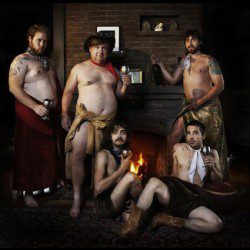 Trainwreck has been described by founder Kyle Gass as a cornucopia of rock and a 5-headed hydra of pleasure. Over the years, the Wreck has dirt-farmed a sound that lies somewhere in the realm of Southern Rock, but with plenty of forays into Prog-Rock, Boogie, and straight-up Classic Rock and Roll, as well as absurdist comedy banter and lyrics derived from the characters they’ve developed within the band. In 2010they released their debut album The Wreckoning.