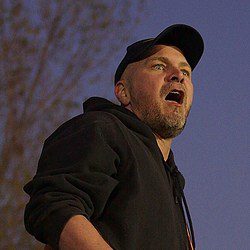 Warren Fitzgerald is a punk rock legend who has played with Oingo Boingo, The Vandals and Tenacious D (just to name a few). As a producer and song writer he has contributed to films such as School of Rock and Team America: World Police. Warren also co-owns Kung Fu Records with fellow Vandals member Joe Escalante. Perhaps what he is best known for, however, is the How Did This Get Made theme song and Earwolf audio tag.

Ever wondered about the proper etiquette for drinking on stage? Or questioned whether or not to trip at Disneyland? If you're having trouble finding your Summah Gum, deciding where to visit in Florida, or differentiating between white trash and emo, we have…