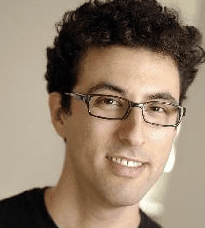 Zach Sherwin is a comedian and rapper based in Los Angeles. His television credits include “Totally Biased with W. Kamau Bell” (FX) and “The Pete Holmes Show” (TBS), as well as appearances on E!, VH1, and CNN Headline News. He also writes for and performs in the blockbuster YouTube series “Epic Rap Battles of History,” playing such characters as Stephen King, Sherlock Holmes, and Egon Spengler, and he was awarded an RIAA-certified gold record for the “Albert Einstein vs. Stephen Hawking” single. Zach’s own music videos have been viewed millions of times online, and his album is available on Comedy Central Records.

Denzel Washington Is The Greatest Actor Of All Time Period #111March 2, 2017

Rapper and comedian Zach Sherwin joins Kevin this week to discuss the 1995 Denzel flick, "Devil in a Blue Dress." They cover the most recent Denzel news, share celebrity grocery store sightings, and swap their first rhymes. Then they get deep into…

Howard and Kulap kick off this week's episode by collectively opening a Diet Coke. Then, the gang welcomes to the show actor, comedian, and writer Zach Sherwin. Zach gives intimate details about the hardships of changing ones rap name, the appropriate props…