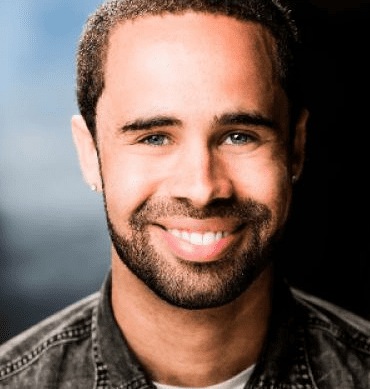 Zeke is a performer/writer from the hard streets of Rhinebeck, New York, an idyllic small town where he endured hardship every day as the son of a loving college professor and one of 3.5 black kids at his high school. He attended Williams College in Massachusetts, where he was a decathlete and captain of the varsity track team. After making fun of theater kids for a couple of years, he decided to become one and join the improv team, which is essentially the plot of “High School Musical. After graduating college in 2011, Zeke moved to LA and started taking classes at UCB in an effort to become the next Will Smith. It’s going well.Â You can catch him at UCB with his house improv team, “Cardinal Redbird,” or breaking barriers (reinforcing stereotypes) with his all-black, all-male comedy group “White Women.” Time to go sit on his throne, as the prince of LA.

Comedian extraordinaire Roy Wood Jr. joins Scott to talk about his new stand-up special “Imperfect Messenger,” the origin of his Leo Deblin character as seen on The Daily Show, and why he stopped selling prank phone calls. Then, Podcast Rescue host Ron Snapper ambushes Scott to help save the show. Later, community activist Bone Queef returns to promote her new podcast. Plus, dog breeder Willadeene Marie Bates stops by to talk about drowning in Borzoi puppies.

This week, Burnt and Joan discuss “the Groot movie”, Lucky Bee Hive and Doug is ankle deep in the hot tub. Plus a certain neighbor (Zeke Nicholson) stops by to request some empty cans for a special experiment.

This week on OFF BOOK, friend of the show, Zeke Nicholson joins Jess and Zach and the full family band for a brand new international arcade combat musical! With songs like “Tetris Is All Around Us”, “Will I Stack Up?” and “A Sad Book”, this is definitely the gaming musical of your dreams!

Zeke Nicholson (White Women, A.P. Bio, Miracle Workers) joins Zach and Jess once again for an all new musical packed with a society where your name dictates what you do, swamps, the Council of Elders, and more! With songs like “What’s In A Name? (Your Destiny Is)”, “You Can Choose Your Family”, and “TBD”, it’s an inspirational musical that follows one person’s journey to find their true calling!

This episode is brought to you by Mack Weldon (www.mackweldon.com code: OFFBOOK).

Comedian Max Silvestri joins Scott to share an important update on the 10 minute stand-up set he performed at the Great American Comedy Festival. Then, Leonard Jonas, the 4th Jonas Brother, stops by to talk about why his father has hidden him from the public. Plus, entrepreneur Étouffée brings some baked goods from his Bayou Bakery.