Negin celebrates the 4th of July with special guest (and fellow Muslim) Bassem Youssef. Known as the “Jon Stewart of Egypt,” Bassem is a surgeon-turned-comedian whose satirical political show once captivated 30 million viewers a week in Egypt. Negin talks to Bassem about the new documentary about his show’s rise and eventual end due to government censorship and political pressure. Plus, they debate whether or not populism is killing political reform and ponder why people pretend they aren’t rich. 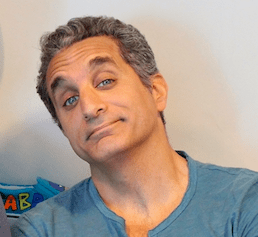