Matt Belknap (Never Not Funny) grew up listening to hip hop artists like Run-D.M.C. and Public Enemy, but he wasn’t initially convinced that he would like a hip hop musical. Then he listened to the Hamilton cast album from start to finish on a family car trip. He hasn’t really listened to any other music since, he says. He joins Travon and Mike to explain what won him over and why he’s planning a one-month “Hamilton fast.” Plus, their three-way “Aaron Burr, Sir” sing-along is one for the books.

This episode is brought to you by MVMT Watches and Wonders. 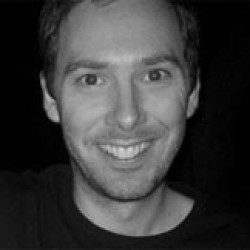 Writer and actress Mara Wilson (Matilda, Where Am I Now?) joins Travon and Mike onstage at the New York City Podcast Festival to talk about meeting Lin-Manuel Miranda backstage at Hamilton and how acting in films as a child shaped her writing as an adult. Plus, they belt out “What Comes Next” with the live audience and riff on ideas for a new musical starring Cookie from Empire. Travon and Mike also announce their plans to take a break. While they’re away, please call in to share your current favorite Hamilton song at 937-9MYSHOT.

This episode is brought to you by Squarespace (www.squarespace.com code: HAMILTON) and Blue Apron (www.blueapron.com/hamilton).

A self-described theater nerd, Rachel Sklar (TheLi.st) joins Travon to talk about seeing the original cast of Rent on Broadway, writing jokes for the White House Correspondents’ dinner and why she connects so strongly to the song “That Would Be Enough.” Plus, she explains how her love of plays ultimately resulted in her daughter.

Writer Ashley Ford (Refinery29) joins Travon to talk about her creative process, how growing up with a huge family shaped her writing, and the importance of seeing young girls of color in books and theatre. Plus, Ashley explains why she gave her ex-boyfriend a ticket to Hamilton and contributes to a knock-out version of “Guns and Ships.”