Skip to Main Content
Previous Episode Back to Show

John Hughes month concludes on Cracked Movie Club! By 1989, John Hughes was closing out a decade of wild success with teen comedies and had been steadily branching out into more adult-oriented fare, most of which starred John Candy. Hughes kept that train rolling with Uncle Buck, starring Candy as the titular uncle who has to care for his brother’s kids after a family tragedy. Out of the surprisingly few films of which Candy was the star, Uncle Buck was the most successful, and its production inspired John Hughes to create Home Alone, which isn’t bad for a movie most of you probably haven’t seen.

On this week’s episode, Tom is joined by Cracked’s David Bell and The Bechdel Cast’s Jamie Loftus as they discuss how the movie was almost not filmed in Hughes’ home state of Illinois, whether or not Uncle Buck is in the mob, and why every teen in Winnetka is goth. 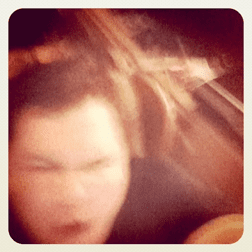 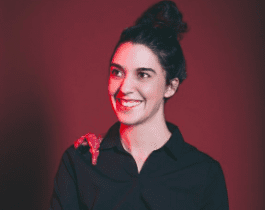 John Hughes month continues on Cracked Movie Club! There’s no better way to celebrate Thanksgiving than by watching John Hughes’ 1987 film Planes, Train and Automobiles, his first adult-centered feature after a string of teen angst hits. Although not a big hit when it was released, the movie has gone on to be arguably Hughes’ best liked film, as well as one of the best liked films of its two stars, Steve Martin and John Candy (Candy’s terrible mustache notwithstanding).

On this week’s episode, Tom is joined by Cracked’s Michael Swaim and comedian Matt Braunger as they discuss how John Hughes’ classic road trip movie became an unspoken classic, how the film’s stars managed to perform a near 200 page screenplay without committing any major felonies, and whether or not John Candy’s character is actually a vampire.

John Hughes month continues on Cracked Movie Club! In 1986, John Hughes was on a roll that had suddenly transformed him from a screenwriter of adult-oriented comedies to the king of teen angst movies. He kept that train rolling with Ferris Bueller’s Day Off, a movie he pitched and wrote in a week about a high school senior who skips school for the day and takes his girlfriend and his wet blanket best friend on a series of hijinks through Chicago. Meanwhile, they are pursued by the villainous Principal Rooney, who is played by a real-life child predator, which ups the stakes somewhat.

On this week’s episode, Tom is joined by Cracked’s Alex Schmidt and Katie Goldin as they discuss Hughes’ incredible ability to churn out quality films in such a short period of time, the unexpectedly brilliant casting of a 29 year old man to play Ferris’ put-upon best friend Cameron, and whether or not Ferris is a figment of Cameron’s imagination or is perhaps God Himself.

John Hughes month continues on Cracked Movie Club! In 1984, after writing a string of successful comedies, Hughes made his directorial debut with Sixteen Candles, which launched the careers of 80s it-girl Molly Ringwald, John and Joan Cusack, and that weird guy who would go on to play the janitor in The Breakfast Club.

On this week’s episode, Tom is joined by guest host Bridgett Greenberg and Cracked’s Kristi Harrison as they discuss the numerous amazing but often-overlooked performances in the film, how the film’s status as a classic coming-of-age comedy is weighed down by its many problematic aspects, and whether or not Jake Ryan’s pants have a belt built into them.