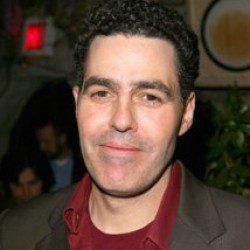 Adam Carolla is an American radio personality, television host, comedian, and actor. He hosts The Adam Carolla Show, a talk show distributed as a podcast which set the record as the “most downloaded podcast” as judged by Guinness World Records. Carolla was a co-host of the syndicated radio call-in program Loveline from 1995 to 2005 as well as the show’s television incarnation on MTV from 1996 to 2000. He was the co-host and co-creator of the television program The Man Show and the co-creator and a regular performer on the television show Crank Yankers. He has also written two books; “In Fifty Years We’ll All Be Chicks,” and “Not Taco Bell Material.”

Comedian, television host, author, filmmaker and podcaster Adam Carolla joins Adam Sachs on The Wolf Den to discuss the business side of his many endeavors.  Carolla recalls that the idea to podcast was born from the fact that his morning show on terrestrial radio…

Add 5 and Figure it Out

Adam Carolla is a guest on today's show and the stories he has will blow your mind. He’s got amazing sports stories which include, Darryl Strawberry’s first home-run, his skirmish with a coach during a Celebrity Hardball game and how his love…