The Fast & Furious family are back together again! Adam Scott joins Paul, Jason, and June to discuss one of the most important films of our generation, Furious 7. Recorded LIVE from Largo in Los Angeles, they’ll cover everything from Vin Diesel and Jason Statham’s superhero level street fight, the gang parachuting out of an airplane in cars, why everyone having telepathy would make sense, and much more.Plus, we learn about Fast & Furious fan fiction during audience Q&As! 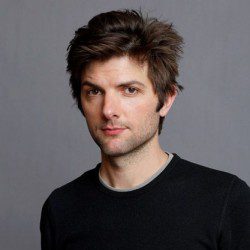