Ku-Ku Vilaysack is back along with Whooch all-star Harris “Small Mouth” Wittels on this week’s WHO CHARTED! We’ll hear about the time Harris had an eyebrow piercing, the exclusive update on the future of Don’t Stop or We’ll Die, and how he spent his 30th birthday at Coachella while counting down the Top 5 Billboard Hot Rock Songs. During the Movie chart, Harris drops some wisdom as he explains what a Devil’s 3-way is, why he walked out of a Britney Spears show, and goes head to head with Howard during a round of Jaws is Better. Finally, Harris gets into why there are currently only 7 funny movies and why comedies don’t age well. It’s an episode filled with very important PSAs from the Wittler that you won’t want to miss!

Get prepared for summah by going to Howard Kremer’s Summah Summit on Saturday, May 3rd at 9pm at the Nerdmelt Showroom inside Meltdown Comics in Hollywood! Click here for tickets.

Make sure to grab yourself the Chart Theme Collection: 15 Charts for $3 over at howardkremer.bandcamp.com!

Also, just in time for summah, look cool in a Have a Summah t-shirt by going over to http://teespring.com/howardkremer! 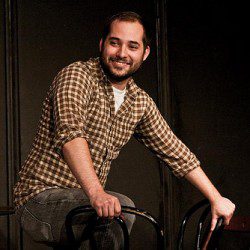