The owner of one of the five one-way tickets used to board the Rocket Ship to Fame, Broken Lizard’s Jay Chandrasekhar makes his first appearance! He talks about his early sketch days, the importance of mustaches, how Super Troopers almost never existed, and his new movie The Babymakers. Also, the return of the Cake Boss himself, Buddy Valastro joins Scott and Jay to reveal the secret of cheesecake, answer the question of how long he’s been making cakes, and to scream and yell about his appearance on Comedy Bang! Bang! the TV show where he was asked to scream and yell. All of this including a hellish game of Would You Rather? Don’t forget to pick up the Comedy Bang! Bang! LIVE Summer Tour episodes! 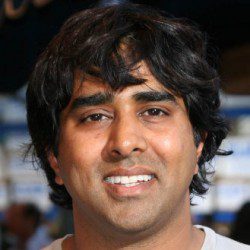