Finally, the He-Man movie starring Dolph Lundgren on Earth with a bunch of teens. Orphan Black’s Tatiana Maslany joins Paul, June, and Jason to discuss the 1987 film Masters of the Universe. They’ll cover He-Man not being spectacular at anything, the big battle being mostly shot in the dark, Courteney Cox’s emotional journey, and everyone’s favorite character Karg. Plus, June explains how the movie made her realize she is afraid of mirages.

Check out Blake Harris’ Oral History of Masters of the Universe over at www.slashfilm.com!

People of the internet: The League is back on FXX 10pm on Wednesdays! A while ago, Paul and Rob Huebel did a comedy special on a 60 foot glass bus that traveled around LA and now you’ll be able to see it. Go to https://itun.es/us/3M4J9 now to buy it! You can also see Jason in Sleeping With Other People in a theater near you!

The Hotwives (Casey Wilson, Danielle Schneider, Andrea Savage, Dannah Phirman, Tymberlee Hill, Angela Kinsey, Erinn Hayes) are back and this time they are in Vegas baby! Watch The Hotwives of Las Vegas on Hulu today!

Also, check out June in Grace and Frankie available on Netflix, Paul in Wet Hot American Summer: First Day of Camp on Netflix, all the episodes of NTSF:SD:SUV:: on HULU for free, ScheeRL on YouTube here:https://www.youtube.com/playlist?list=PLbNGyZuMGBm0cq73JN-QhcpQNc-Shtlb7, and Jason in The Dictator (he’s still in it!). 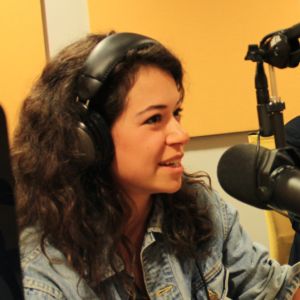