Two immense stars from the world of music, “Weird Al” Yankovic & Lord Andrew Lloyd Webber are on today’s Comedy Bean Bag! After chatting with Lord Andrew Lloyd Webber about English accents, the Little Prince, and nautical bed bugs, the Vicar of Yanks himself joins in on the conversation. There will be talk of drugs, what we shouldn’t expect from the next “Weird Al” album, and an intense game of Would You Rather? Homonyms! 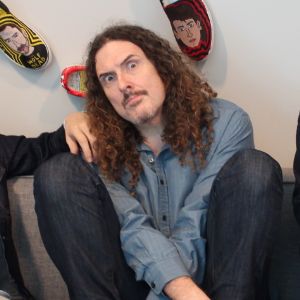