The Fall Season is upon us and who better to join us other than star of stage and screen Justin Kirk! Justin stops by to talk about his new show Animal Practice, working on Angels in America, and his first role in the theatre. We are also joined by the mysterious Mike the Janitor who might have a connection to Andrew Lloyd Webber. Don’t forget to pick up the Comedy Bang! Bang! LIVE Summer Tour episodes! 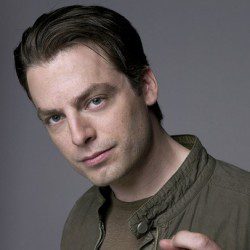